The 2013 Consumers Digest Automotive “Best Buy” picks are out, and three Chevy vehicles – Camaro, Sonic, and Equinox – made the list.

Consumers Digest chooses its “Best Buys” based on which cars in each segment provide the most value for the price. Vehicles are driven under a variety of conditions and evaluated based on the standards of an average car buyer. Experts then assess each model on both design (including styling, ergonomics, seating and cargo space) and performance (including shifting, steering, braking, acceleration, ride quality and fuel economy).

“Value, as we see it, is based on purchase price and ownership costs relative to quality, performance and subjective factors, such as comfort and design,” says Randy Weber, publisher of Consumers Digest.

Weber and his colleagues saw plenty of value in the Chevy fleet. 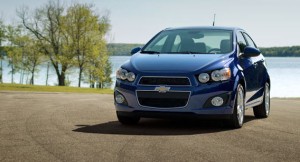 The Equinox was honored with a Compact SUV “Best Buy” title for its fourth year in a row, owing to its stylish appointments, class-leading legroom, versatile MyFlex® rear seating, meticulous craftsmanship and money-saving 32 MPG highway. 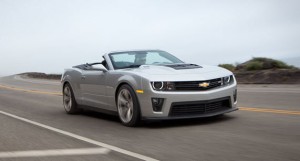 Camaro zoomed ahead of the pack in the Sporty Cars category, and picked up its fourth consecutive “Best Buy” award. The legendary Camaro is known for its sexy exterior, powerful engine, and for taking drivers on an exhilarating ride. 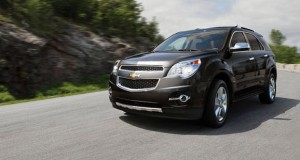 So whether you want to head up to the cottage with kids, dog and skis in tow; zoom down the highway in high style; or just zip across town in comfort and safety – it’s good to know there’s a tested and approved Chevy for every driver, at every price point.